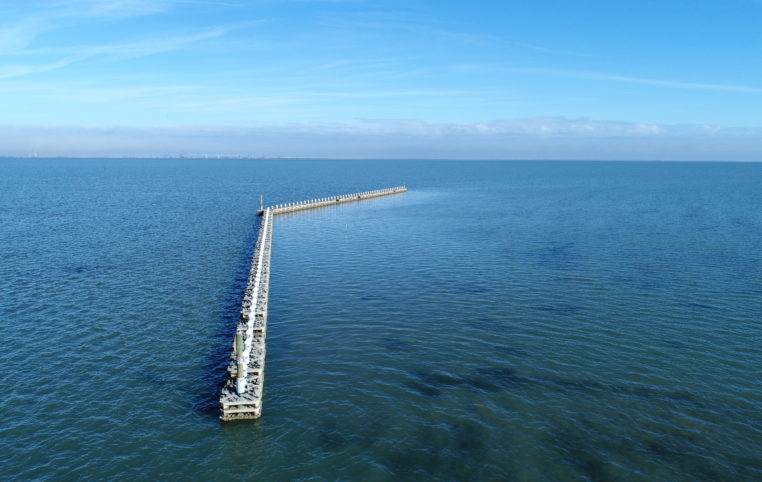 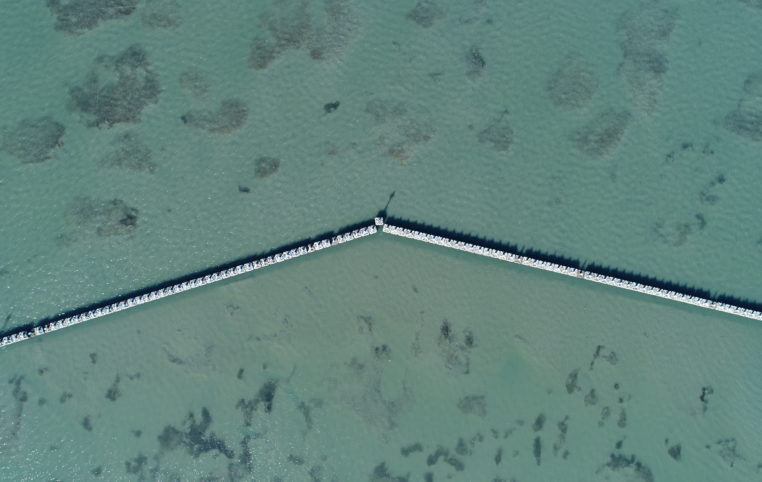 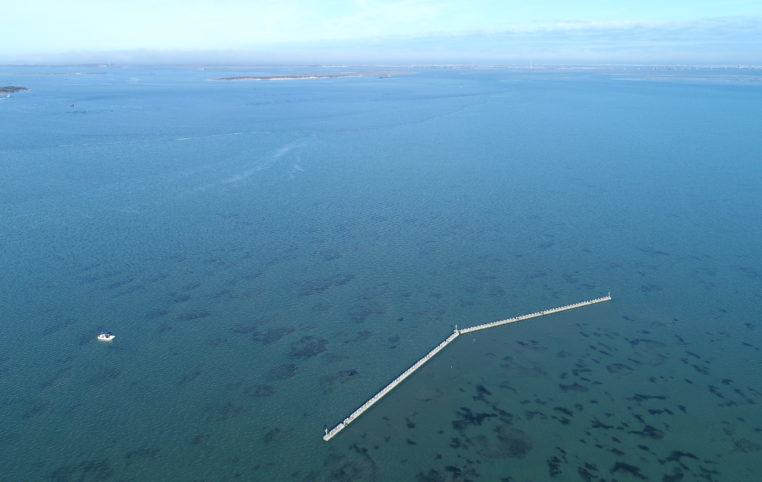 As part of the environmental permitting process for replacing the Bonner Bridge over Oregon Inlet in Dare County, the North Carolina Department of Transportation (NCDOT) agreed to mitigate submerged aquatic vegetation (SAV) by installing a wave attenuation structure. The structure is designed to provide a wave shadow by allowing the existing beds of patchy SAV to coalesce. The structure also encourages the colonization of barnacles, oysters, and other sessile communities.

CSA reviewed eight potential structures in order for the most practicable structure to achieve wave attenuation and promote SAV coalescence.

CSA studied the feasibility of these eight structures, and several factors were considered in selecting the structure over the other structures. These factors included mobilization challenges, installation issues, maintenance concerns, costs, estimated essential fish habitat (EFH) utility, and potential site impacts, with lower impacts to the substrate and existing SAVs resulting in a higher score.

The goals associated with the installation were 1) to provide SAV mitigation for Bonner Bridge replacement and 2) to contribute to the long-term effort to develop the best strategy and methodology for SAV restoration in North Carolina. The objective of this mitigation project was to reduce the amount of wave energy within the project site. By reducing the wave energy for the area, models estimated that there would be a more continuous cover of SAV (specifically for the seagrasses Halodule wrightii and Zostera marina to expand), thereby leading to an increase in seagrass acreage while providing other ecosystem services. These services included water quality improvement, aquatic habitat creation, reduced sediment movement, and plant community establishment. The wave break proposed in this mitigation plan also created new linkages between intertidal and aquatic environments.

The NCDOT has conducted monthly monitoring of the structure since its installation in 2017, while it has hired CSA Ocean Sciences to conduct bi-annual monitoring to record changes in SAV behind the structure.

After the October 2018 bi-annual site visit, CSA noted the following about the project’s monitoring to date.

The structure used for Bonner Bridge SAV Mitigation has remained stable and sustained no damage from several storm events that struck the project since its completion in January 2017. In 2017, there were no major direct storm events experienced by the structure. There were hurricanes off the NC coast that influenced the area of the structure. These storms were Hurricane Maria and Irma.