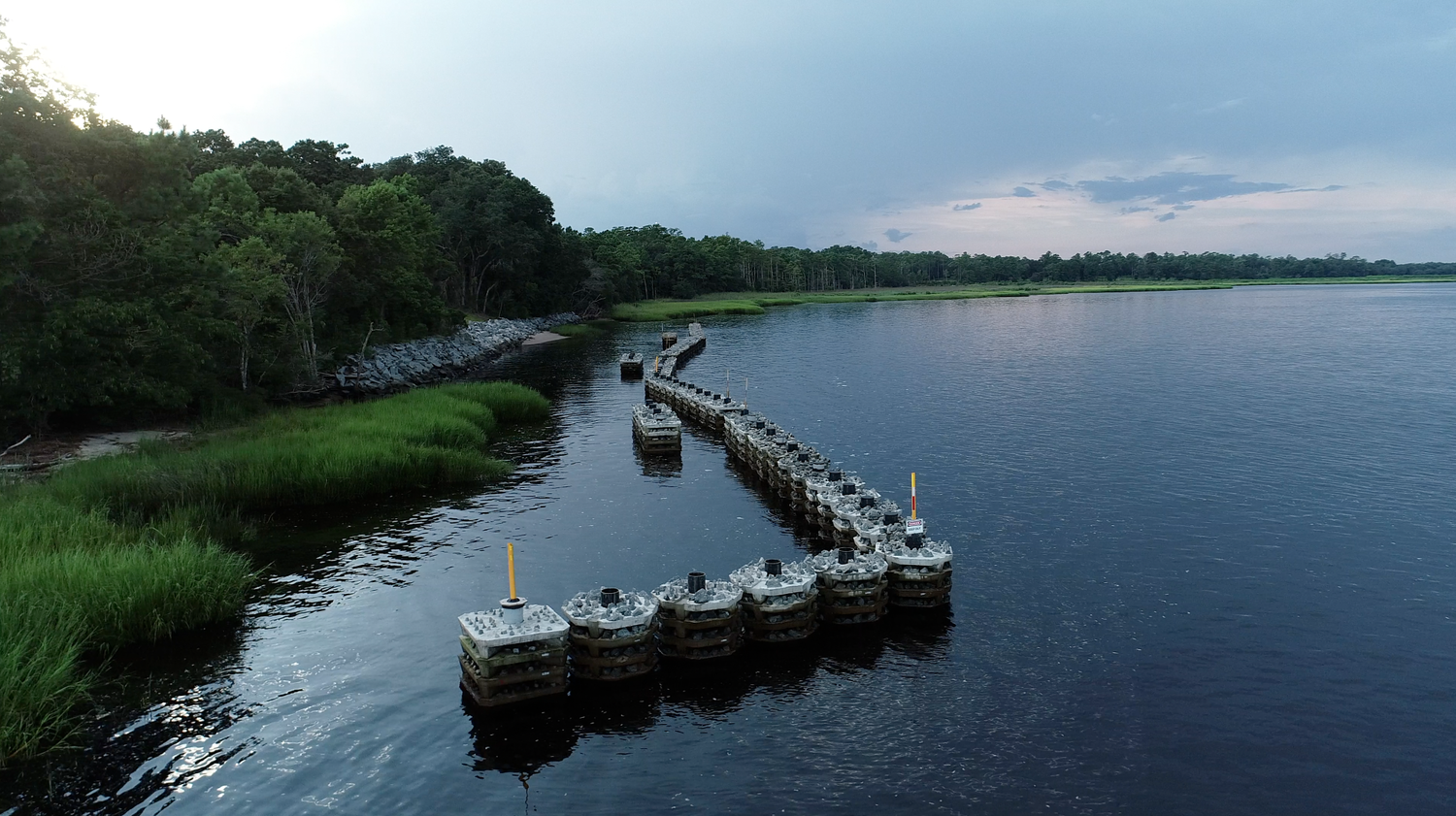 Army Core of Engineers Includes W3 Engineering and Atlantic Reefmaker Among 62 Projects Selected for the Second Volume of Their Atlas, Engineering With Nature (EWN)

The projects include protecting an important piece of American history, and

WILMINGTON, NC – April 23, 2021 – W3 Engineering, a coastal and environmental engineering firm with expertise in coastal management, environmental planning, engineering, and unmanned aircraft systems, has been included in the ACOE’s Engineering With Nature, An Atlas, Volume 2, which highlights 62 projects from around the world.

Engineering With Nature is an initiative created in 2010 by the ACOE to recognize and promote the alignment of natural and engineering processes that efficiently and sustainably deliver economic, environmental, and social benefits through collaborative processes.

“Sustainable development of water resources infrastructure is supported by solutions that beneficially integrate engineering with natural systems. Recent advances in the fields of engineering and ecology create an opportunity to combine these fields of practice into a single collaborative and cost-effective approach for infrastructure development and environmental management,” EWN, EWN Initiative, https://ewn.el.erdc.dren.mil/about.html.

The two W3 Engineering projects featured in the Atlas are listed in the chapter: Reefs, Stabilizing Shorelines and Creating Habitats. The projects in this chapter present novel ways to stabilize shorelines and protect economic, engineering, and ecological assets by using nature-based reef structures, creating valuable habitat and restoring complex ecosystems.

Below is a synopsis of the two W3 Engineering projects listed in the Atlas that provide innovative solutions to mitigate shoreline erosion while restoring the ecosystems vital to coastal shorelines:

The historic colonial and Civil War site on the coast of North Carolina was at risk. Constant tide forces and dynamic wave action were bombarding the colonial-era wharves and washing important historical artifacts into the Cape Fear River, and the erosion was destroying valuable coastal resources. The first phase of the project installed 67 meters of Reefmaker along the area with the highest erosion, and the second phase installed an additional 73 meters—just before Hurricane Florence hit the North Carolina coast.

Bonner Bridge, Oregon Inlet, North Carolina is located in Pamlico Sound, the largest lagoon on the east coast and part of the Albemarle-Pamlico sound system, the second largest estuary in the United States. Increased land use and development in this area increased runoff, resulting in higher concentrations of nutrients, pollutants, and suspended solids in the sound. W3 Engineering installed a 150-meter wave-attenuating Atlantic Reefmaker structure, providing a wave-energy shadow that allowed the vegetation to grow undisturbed. A dense and vibrant bed of seagrass now lies at the bottom of the sound, creating habitat for fish and other aquatic species. (Randy Boyd was the Engineer of Record on this project)

“It’s a real honor to be included in the Army Corp of Engineer’s Engineering With Nature An Atlas, Volume 2. To be among only 62 companies and projects selected worldwide is very exciting,” said Randy Boyd, principal, W3 Engineering and Atlantic ReefMaker. “The Atlantic ReefMaker wave-attenuation system has not only proven to protect our delicate coastal ecosystems, but it is helping those ecosystems to thrive, where some were nearly destroyed.”